Hewlett is a hamlet located on the South Shore of Long Island that is known to have poor soil conditions, so it was no surprise when this residence located on Harbor Road in Hewlett began experiencing foundation settlement due to poor soil conditions. Pereiras Architects Ubiquitous was hired by the homeowner to come up with a plan of repair for the home’s foundation. The resulting plan included installing 61 helical piles, which would be attached to the home’s foundation using foundation repair brackets in order to arrest the settlement of the structure. FSR implemented the architect’s plan of repair by installing the 61 helical piles to an average depth of 21’ and an average torque of 5,100 FT-LBS. 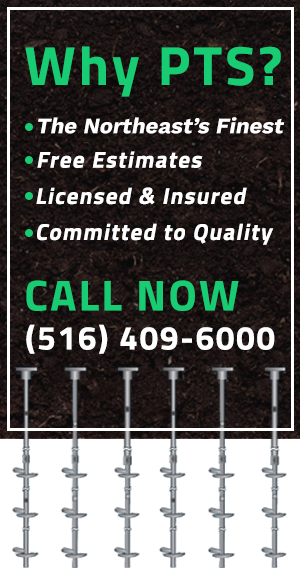